Turkeys can vote for Christmas

We continue our review of 2020, which was a busy year for fund manager changes as investors expressed their displeasure at the performance of some investment trusts, while others moved on as a result of changes at their firms.

Amid calls for more consolidation in the fragmented investment trust sector, the surprise merger of Perpetual Income & Growth with Murray Income took on greater symbolic importance.

An historic dividend cut by Royal Dutch Shell underlined the scale of the income crisis facing investors, but as the months went by trusts investing in shares, property and debt did their best to weather the storm. New investment trusts were in scant supply, but popular funds already on the market issued lots of shares, particularly in the renewables sector. 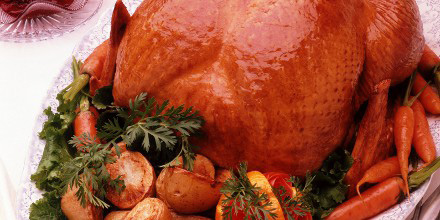 One of the biggest surprises this year was what Perpetual Income & Growth did after dismissing Invesco and Barnett. Instead of finding another fund management group to tend its £500m of assets, as everyone expected, in July it decided to merge with Murray Income (MUT), a better-performing rival with a focus on quality growth stocks under Charles Luke at Aberdeen Standard Investors.

Chairman Richard Laing said in searching for a new fund manager, it became clear that Luke was the best in the sector and the ‘way to access that was through the merger’. The transaction created a cheaper, more liquid £1bn trust that would benefit both sets of shareholders and made the closed-end fund the third biggest in the UK Equity Income sector behind City of London (CTY) and Finsbury Growth & Income (FGT).

For long-suffering Perpetual Income shareholders, it was a great deal as their stakes moved from a wide discount of 15% below net asset value to just 2% when the merger took place in November.

Investment trust mergers are rare, and it is often said non-executive directors don’t vote themselves out of jobs. In this case, however, Laing and two of his non-execs joined the enlarged Murray Income board so avoided that pitfall. The turkeys may not have voted for Christmas, but investors were pleased to see boards getting the message about the desirability of big, low-cost trusts trading close to asset value. 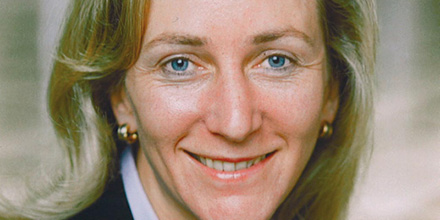 It was a busy year for fund manager changes (see table). One upset was Lucy Macdonald (pictured), global equities chief investment officer at Allianz Global Investors and lead fund manager of Brunner (BUT) investment trust, who left the group in May after losing out in a merger of its global and European teams. Macdonald, who had managed the then £335m global trust for 10 years, was succeeded by her deputy on the trust Matthew Tillett. Since her departure, the re-rating Brunner had achieved in recent years has unwound with the discount doubling from about 7% to 15%, according to Morningstar. 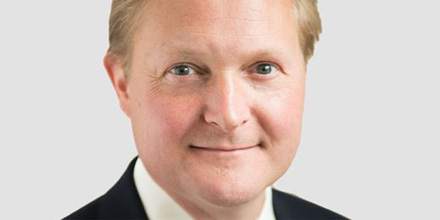 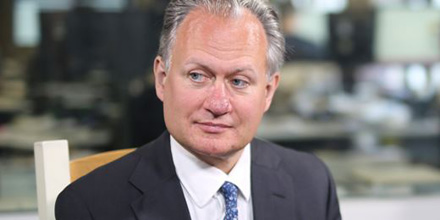 In February, the takeover by Jupiter Fund Management of Merian Global Investors enabled the board of Jupiter UK Growth (JUKG) to parachute in Richard Buxton (pictured), chief investment officer of Merian and a highly experienced UK equities fund manager, to replace Steve Davies. However, Buxton was unable to prevent the £47m trust taking a mauling in the pandemic rash that immediately ensued and with its market value reduced to just £26m, in September the board decided to wind up the trust. 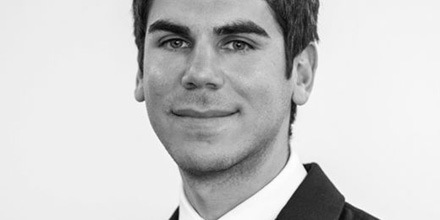 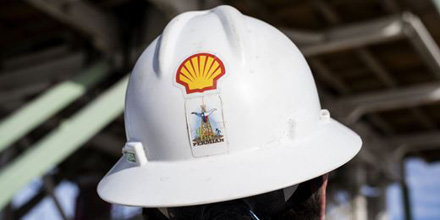 The biggest challenge facing hard-pressed UK equity income trusts was the unprecedented dividend crisis precipitated by the pandemic this year. With many businesses facing the temporary but complete loss of customers during lockdowns, the quickest way to conserve cash was to suspend or cancel payments to shareholders.

Royal Dutch Shell epitomised the scale of the income drought in April when the oil major slashed its dividend by two thirds. This was the first time since the Second World War Shell had cut its distribution, an historic move provoked by an oil crash caused by a price war between Saudi Arabia and Russia exacerbating the sudden downturn in the global economy from Covid-19. With other big FTSE dividend payers, such as the banks, told by regulators to suspend dividends, income investors were left reeling.

In the midst of all this – even though their shares were falling with the stock market – several UK equity income trusts, particularly those dubbed ‘dividend heroes’ by the Association of Investment Companies for their lengthy records of growing pay-outs, saw their stocks re-rate and trade at premiums above net asset value (NAV).

Although their dividends were under severe strain as many of the companies they invested in cut distributions, the ability of investment trusts to hold back income and build up substantial revenue reserves to support future pay-outs made them more of a sure bet than other stocks and open-ended funds. 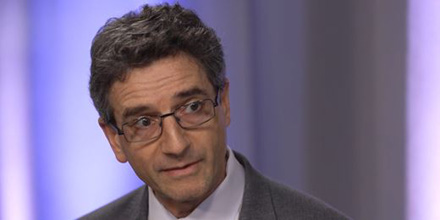 This drew the attention of income-seekers who, in particular, pushed Merchants (MRCH), a high 6.5%-yielder that has grown its dividends for 37 years, to a 19% premium one analyst called ‘extreme’. Demand for the £517m trust managed by Simon Gergel at Allianz Global Investors, cooled as the dividend crisis wore on, sliding to a 9% discount in September. After this volatility, the stock stabilised to trade close to NAV, having fallen 14% this year.

Other UK equity income trusts such as City of London (CTY), which has the longest dividend growth record of 54 years, JPMorgan Claverhouse (JCH), Schroder Income Growth (SCF) and Law Debenture (LWDB), also re-rated to trade at smaller premiums or narrower discounts. Since then, dividend cuts from Edinburgh (EDIN) and Temple Bar (TMPL), and a warning of one to come at Troy Income & Growth (TIGT), has cooled expectations with trusts in the sector standing at an average discount of 2.5%. 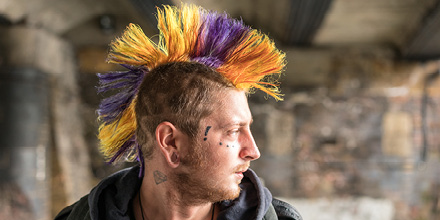 Investment trusts investing in debt and property were unable to shield investors from dividend cuts. Sudden across-the-board drops in repayments and rents from borrowers and tenants meant they had to quickly cut payouts to their shareholders.

However, just as quickly some, like Volta Finance (VTA), an investor in high-yielding but sub-investment grade European corporate loans, reinstated  previously suspended first and second quarter dividends as business activity revived in the third quarter. 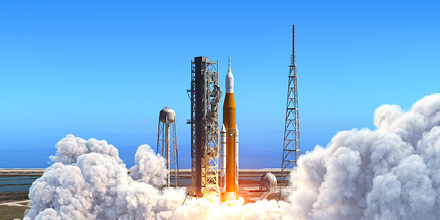 2020 was also a difficult year for launching new investment trusts. Just over a handful - seven - got off the launch pad, down from eight in 2019, although several more tried. Those that made it (see table) demonstrated how specialist equity and alternative income funds offering something new could muster investor support for their initial public offers (IPO).

The flotation market then shut down during the coronavirus crisis but reopened with a spate of successful offerings in the fourth quarter. Investors were cautious, however, with only Home (HOME), a real estate investment trust providing homeless shelters and targeting an eventual 5.5% yield, coming close to hitting its £250m target.

There were further signs of fatigue in the market this month with IPO hopeful Ecofin US Renewable Infrastructure Trust (RNEW) extending its offer period to reach the $150m minimum (£112m) it wanted to raise before listing.

After the four-year Brexit uncertainty that has dogged UK smaller company trusts, it was encouraging to see Schroder British Opportunities (SBO) make its debut, although rivals Tellworth British Recovery & Growth and Buffettology Smaller Companies fell by the way side, failing to convince investors why they shouldn’t buy one of the many good small-cap trusts already available.

Schroders got a second trust away with Schroder BSC Social Impact (SBSI) raising £75m in December. It will invest in a range of funds managed by Big Society Capital supporting social housing and other charitable enterprises and will seek a 2%return over inflation.

Generally investors were happier to buy more shares of existing trusts, though total share issuance of £4.9bn in the first nine months of the year fell 14% from £5.7bn in the same period of 2019. 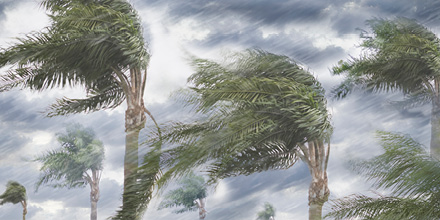 Renewable infrastructure funds investing in wind and solar power and energy storage had a challenging year. The accelerated decline in long-term power forecasts caused by the pandemic economic shock and the oil price crash undermined their net asset values.

However, investor interest in the environment and the steady cash flows they generate from supplying energy,  often on fixed-price contracts, revived sentiment. With their share price premiums recovering, many were able to issue new stock to raise funds for new investments.

In the first nine months of the year, the sector raised £790m, with Greencoat UK Wind (UKW) grabbing half of that after buying a 25% stake in the Walney I and II offshore wind farms for £350m. Since then Gore Street Energy (GSF), a minnow on the scene, transformed its prospects raising £84m, while Aquila European Renewables Income (AERI) drew in €128m (£116m).

In addition to the £123m flotation of Downing Renewables (DORE), there have been oversubscribed share placings raising £45m for Bluefield Solar Income (BSIF), €125m for Greencoat Renewables (GRP) and £120m for Gresham House Energy Storage (GRID).