2020 was a year dominated by the coronavirus pandemic that swept the world, causing widespread death, suffering and economic hardship.

The ensuing stock market turmoil affected investment trusts in many ways, with many fund managers caught unawares and investors eyeing their holdings and dividends anxiously.

However, the closed-end fund sector has survived many crises in a history of over 150 years. As the year wore on, signs of recovery were demonstrated in reviving share prices and restored dividends. 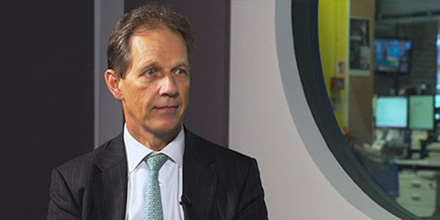 Few investment trusts emerged unscathed from the pandemic panic that pushed world stock markets into a four-week meltdown from the middle of February. For Witan (WTAN), the £1.7bn global multi-manager trust popular with private investors, the experience was doubly frustrating. The stock exchange-listed fund was not only wrong-footed by the sudden plunge into recession, it also saw an important asset allocation decision backfire.
‍
Chief executive Andrew Bell (pictured) had to apologise to shareholders for the trust’s ‘lamentable’ performance in the first five months of the year when the shares dropped 17%, compared to a 5% decline in its global benchmark. Bell and Witan investment director James Hart had decided to reduce the trust’s long-term UK holdings and increase its international exposure but opted to implement the shift slowly. This left it relatively highly exposed to the UK which became one of the world’s worst-performing stock markets as oil companies, financials and miners fell. To make matters worse, the external fund managers Witan uses had taken profits on technology stocks and so did not benefit from a further huge rally in tech and internet shares as people around the world worked and shopped from home.

After dropping three of its 10 fund managers, which left it with just one UK manager in Artemis looking after 6% of its assets, Witan’s performance improved in the second half, though at the start of December it was still 4% down for the year with the shares trading on a relatively wide 7% discount below net asset value (NAV). It also had to endure the sight of Witan Pacific, a pan-Asia trust it had previously advised, soaring to a 19% premium after appointing Baillie Gifford to turn it into a China Growth (BGCG) trust. 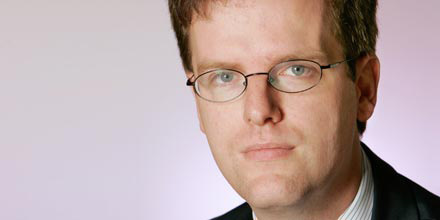 In August there was an unusual spat between the Association of Investment Companies and Morningstar, the investment trust data provider used by the trade body and Citywire, publisher of Investment Trust Insider. The AIC objected to Morningstar analysts lowering their rating of Scottish Mortgage Trust (SMT) from ‘gold’ to ’silver’. They argued that the Baillie Gifford global flagship’s use of cheap borrowing more than doubled investors’ annual expenses to 0.77% a year, although they recognised this was still low compared to rival funds and trusts.

AIC chief executive Ian Sayers (pictured) said it was wrong for Morningstar to include gearing in costs without accounting for the investment return the borrowing generated. He added, ‘in the case of SMT, it’s a relatively low-cost trust with low-cost gearing. And you put those things together and you’re now saying it’s not so cheap. That doesn’t seem quite right to me.’

The downgrade was puzzling as Scottish Mortgage was enjoying a stellar year. Shares in the tech-heavy global portfolio have almost doubled this year with a 91% total return to £16bn, making it easily the biggest investment trust on the London Stock Exchange. 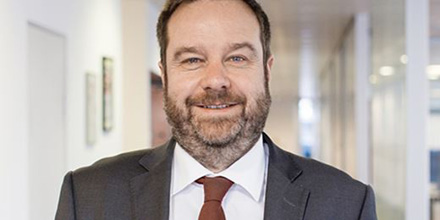 2020 was a year when investor activists like Nick Greenwood (pictured), manager of Miton Global Opportunities (MIGO), began to press investment trusts about measures they could take to improve shareholder returns and re-rate their shares after the mayhem in March, when the UK stock market crashed by a third.

A spate of fund manager sackings, mergers (see entries below) and trust wind-ups (see table) were linked to growing investor impatience with small – sub-£200m – trusts trading on wide discounts due to lack of demand. The message was: improve performance, grow in size or give back shareholders their money.

Peter Spiller, manager of Capital Gearing Trust (CGT), joined fellow investors in backing the board of Gabelli Value Plus (GVP), a poorly performing North America equities fund, which wanted to wind down after a majority of shareholders voted for discontinuation. It was blocked by an associate of the fund manager owning 27% of the shares. This grew into a major corporate governance row as the year wore on. 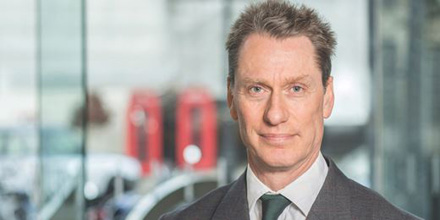 Wirecard was the first and most serious as it was Darwall’s biggest investment at 10% of the European Opportunities (JEO) trust he has managed for 20 years. In June, Darwall dumped the stock he had held for 13 years after the payments processor’s auditor declined to approve its accounts after discovering €1.9bn of cash was missing. The fire sale knocked 7.5% off JEO’s asset value but proved timely as the company declared itself insolvent a week later. Darwall described the shocking episode as ‘very disappointing’ and said it was ‘an extreme example of the risks of investing’.

In September, Darwall was again forced to jettison a 5% position in leasing firm Grenke after a short-seller published a highly damaging report questioning its accounts. Darwall subsequently re-established a smaller holding in the company, buying back into the shares after their price stabilised and he had assessed the situation.

The two incidents hurt investor confidence with the £780m trust’s shares swinging to a 13% discount in September, although shareholders who stuck with Darwall gave the manager their overwhelming endorsement last month, voting 99.9% in favour of JEO continuing another three years. However, Darwall has fallen off a pedestal being no longer number one in the European sector. An 11% fall in JEO shares this year has allowed his main rivals, who by contrast have made big gains, to catch up and overtake his 10-year total return of 205%. 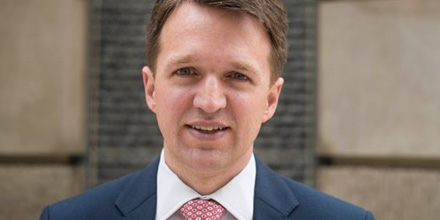 A more surprising survivor was Aberdeen Standard Equity Income (ASEI) fund manager Thomas Moore (pictured). At the time of writing, Moore had overseen a 13% fall in shareholder returns over five years, with the £150m trust underperforming the FTSE All-Share index, which had risen nearly 30%, and ranked near the bottom of its UK Equity Income sector.

Last year the chairman, Richard Burns, took Moore to task over deteriorating returns, with poor Brexit sentiment knocking the ‘mid-cap’ domestic FTSE 250 stocks the manager likes to buy. With net asset value plunging 30% in the last financial year to 30 September due to the pandemic, worse than the index and its competitors, the chances that Moore and/or his employer Aberdeen Standard Investments would be replaced looked high.

In the event an apologetic Burns revealed his board had considered all options, including winding down the portfolio, seeking another trust with which to merge or appointing a new fund manager. In the end, he concluded none of these choices would improve the dividends that are the 7%-yielder’s main focus. With ASEI holding sufficient reserves to maintain modest increases in the pay-out for the time being, Moore was told to improve the level of investment income so that the dividends could be strengthened and covered by earnings in 2022. Meanwhile shareholders will get a chance to express their view at the next continuation vote in February 2022. Moore, who has managed the trust for nine years, now has another year to remedy the situation. 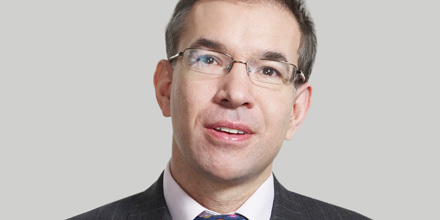 Moore survived but two high-profile investors in his sector did not. First to go was Alastair Mundy, who left Ninety One Fund Managers in April due to health concerns not connected to coronavirus after shares in Temple Bar (TMPL), the UK equity income trust he had run for 19 years, halved in the Covid-19 crash.

Mundy, a contrarian value investor, had clashed with the trust’s board in the previous month when it insisted that he sell some stocks so Temple Bar could be ungeared by borrowing while markets were rocky. Although a popular figure with shareholders, whom he regaled with tales of picking stocks from ‘other people’s dustbins’, Mundy’s penchant for recovery stories left the trust with too many companies whose finances were not strong enough for the challenges of the lockdown.

News of his departure immediately prompted the trust’s board to serve protective notice on Ninety One. The ensuing search for a new fund manager led to the appointment in September of Ian Lance and Nick Purves of RWC Asset Management, accompanied by a 25% cut in the dividend. Interestingly, the duo are also value fund managers, who like to buy cheap, out-of-favour stocks, but try to avoid indebted companies with weak balance sheets.

In a defining comment for the year, Temple’s chair Arthur Copple said that with UK value stocks trading at a 50-year low to growth stocks, now was not the time to change style. ‘The board concluded that this is not a time in the cycle of returns to abandon this value style bias,’ he stated. 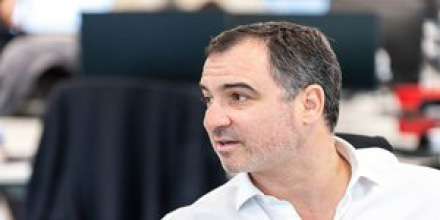 In May, in what was beginning to look like a rout for value fund managers, Mark Barnett, head of UK equities at Invesco, left the group after five years of poor performance and increasing outflows from its flagship open-ended UK equity income funds.

His departure followed the decision in April of Perpetual Income & Growth, a UK equity income investment trust that Barnett had run for 20 years, to sack Invesco. This had looked inevitable after Edinburgh (EDIN), a larger trust in the same sector that Barnett had run for five years, had dismissed the group in the previous December due to its performance problems over the previous three years, appointing Majedie and James de Uphaugh in March.

Barnett, a one-time rising star at the start of the century, could date the start of his problems to 2014 when he succeeded his former boss, Neil Woodford, another former ‘star’, who had left Invesco to start his own company. Numerous funds, personnel responsibilities and the challenge of Brexit to his investment style ultimately proved too much for Barnett. Once attention moved on from Woodford, whose business collapse was the story of last year, it left Barnett with little time to put things right.